Mobile Gaming in 2022: Job Outlook in the Industry 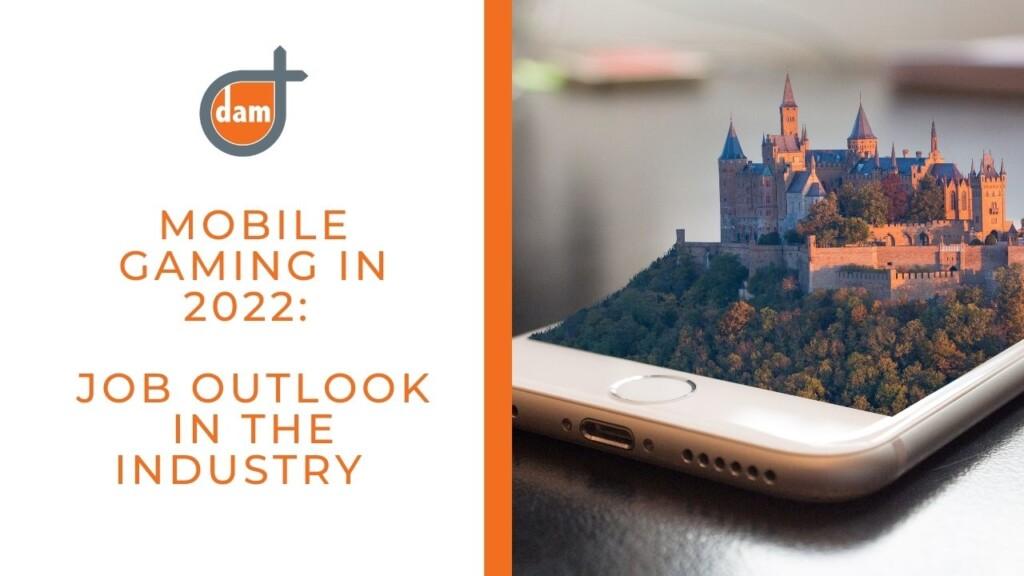 Due to the rapid pace video games are expanding at, the job outlook for the mobile gaming sector looks strong for 2022, and video game recruiting agencies are seeing increased demand in mobile games positions and remote video game jobs. Statistics reported by App Annie showed the mobile-gaming market broke numerous records in 2021, including considerable surges in both spending and playtime, and this trend is not expected to slow down anytime soon.

Spending on mobile games reached $116 billion in 2021, an increase of $42.22 billion since 2018, with Roblox generating the most consumer sales and Genshin Impact right behind. Games favored by younger players, like Strategy games, MMORPGs and team-battle games, had the highest overall consumer spending.

According to the State of Mobile 2022 Report, over $115 billion was spent on mobile games in 2021, and total app-store expenditure in 2021 saw an increase of almost 20 percent over 2020. Consumers spent more time on mobile apps at 4.8 hours per day per user, with over 435,000 apps downloaded every minute in the largest markets. The numbers also indicate that mobile services remained in high demand across the board.

Mobile app advertisements are on track to hit $350 billion in 2022 after breaking the $295 billion mark in 2021. Game publisher Take-Two purchased the mobile game company Zynga for a cool $12.7 billion, the most expensive video-game acquisition of all time when the purchase was announced. Following Nintendo’s lead after their success, Sony is working hard at adapting PlayStation’s most popular franchises for mobile gaming. This shows how consumer spending on mobile games is continuing to rise. Following are some of the major trends video game recruiters agencies believe will play out in 2022:

P2E, or the play-to-earn, business models are expected to become the next major shift following pay-to-play and free-to-play. The P2E model is based on blockchain technology and allows players to generate income from playing with the assets earned in the game being sold or held in the player’s crypto wallet. In typical free- or pay-to-play games, the players spend money to receive upgrades that have no value outside of the game, and once spent, the virtual money cannot be recovered. However, the P2E model lets players win or purchase in-game items and sell or trade those items with other players for cryptocurrency that can then be converted into real money.

Along with Apple’s privacy changes came new challenges to the mobile gaming platform. With traditional UA becoming increasingly complicated, building a following will be critical for increasing user retention. While it has been around for years, brand building will see an increasing focus with more brand marketing campaigns and more community manager positions becoming available. This is expected to lead to gaming companies working with influencers and dedicating more time to building live streaming platforms to enable direct interaction with users. Some savvy developers have been working on this goal for a while. Still, more will jump onto the train when they realize the untapped value of brand building through community expansion. 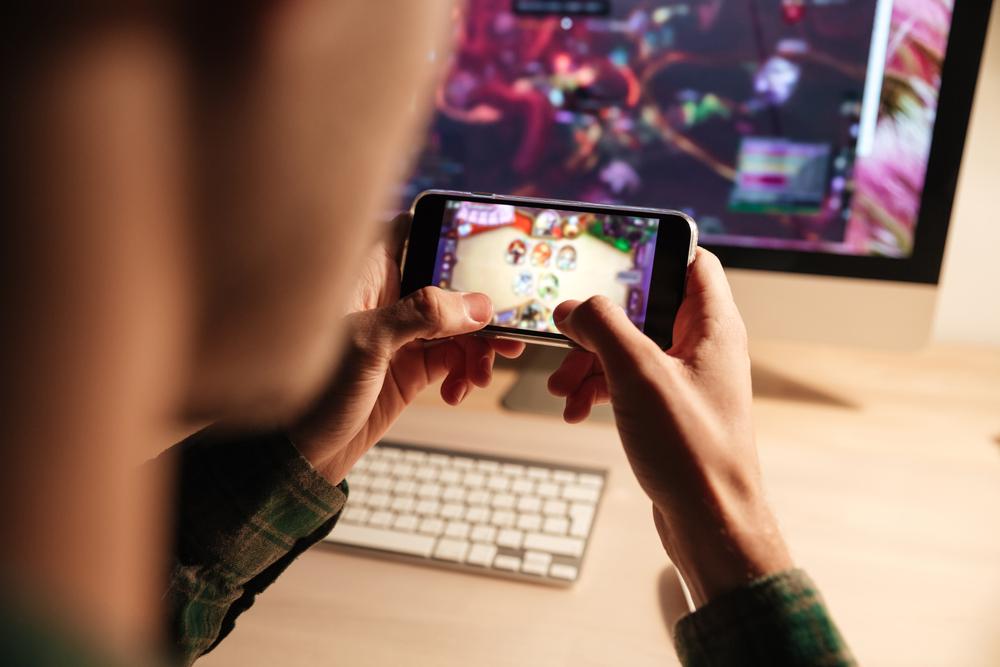 Apple, Amazon, Google, Netflix, Snapchat and TikTok have all been around for a while but have only decided to dip their toes in the gaming waters in the last few years. Both Apple and Google have subscription-based libraries of mobile games on their platforms. Netflix Games are now available globally on iOS devices and TikTok and Snapchat have made social-media apps available to game makers. Even more companies are expected to try their hand at entering mobile gaming in 2022.

Apple and Epic Games have been fighting a legal battle over Apple’s disproportionate control of developers. Epic feels there should be a single universal app store that works across all platforms where developers won’t have to pony up 30 percent of earnings to Apple. Perhaps reading the writing on the wall, Google has already decided to cut their service fee in half, from 30 down to 15 percent. The tension between app stores spilled over into the PC games market with Steam banning blockchain technology on its platform and Epic Games accepting NFTs and cryptocurrencies. More of these types of changes are expected in 2022.

Since Facebook rebranded itself as Meta, the term ‘metaverse’ has become almost mainstream. Even though there is no clear definition,  the metaverse is billed as being asynchronous and live, fully functioning economy populated by a wide range of contributors. This coming year, the metaverse and gaming should become more integrated with in-game experiences like Nike’s just launched ‘Nikeland’ in Roblox and more new startups providing fresh infrastructure for the new platform. 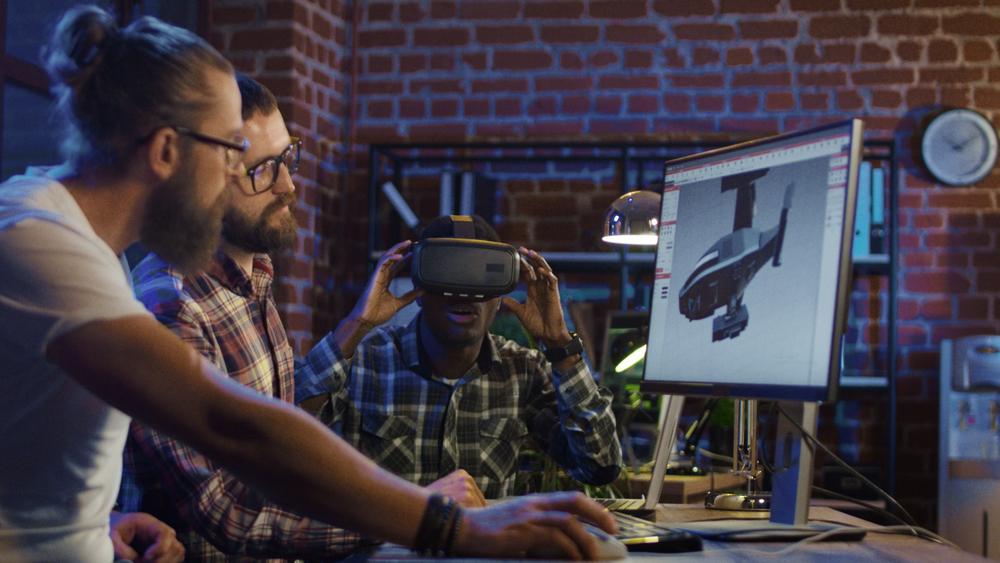 With the gaming industry exploding over the past ten years, countless new gaming solutions have emerged, including advertisement networks and metric measurement tools. Video game recruiters say this has resulted in a handful of giants emerging and swallowing up smaller companies to make themselves one-stop shops for mobile gaming companies to grow their platforms. Some examples include:

Video game recruiters agencies say more of the same is expected in 2022.

Many new mobile games are crossover versions of older PC and console games or designed to be a multiplatform game. While mobile already holds the most prominent gaming market share, TouchArcade editor-in-chief Jared Nelson reports the mobile gaming sector is expected to add more games in 2022 that were initially designed for PC and console play. Furthermore, what constitutes a mobile game is evolving at breakneck speed.

Traditionally, most popular mobile games were different from hit games on PC and console platforms. However, video game recruiting agencies say those lines are becoming increasingly blurred. This is partly due to the development of more powerful mobile devices, but more so because PC and console game makers want a cut of the ever-expanding mobile market. Nelson echoed this by pointing out it is poor business practice to ignore the billions of potential consumers who use smartphones and tablets.

Worldwide the mobile gaming market makes up over 50 percent of the gaming industry, with PCs owning roughly 20 percent and consoles having just over 28 percent of the market share. However, mobile holds less than 50 percent of the market in some countries like the U.S., where consoles own the largest share. This is because mobile faces the challenge of convincing the most hardcore gamers in these regions that mobile games can compete with PC and console on quality. However, this also means there is still plenty of room for growth in the mobile gaming sector. People like Nelson believe this is starting to change with the release of mobile versions of games like “Call of Duty” and “League of Legends.” 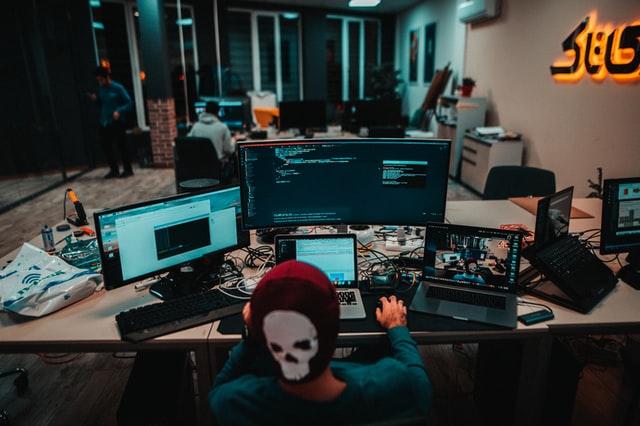 While a great deal of attention is given to the overall growth of the sector, more and more emphasis is being placed on the quality of mobile games. Many gaming industry professionals believe that the mobile gaming sector will dominate the overall gaming space once quality is equal to or greater than those designed for PC and console. Due to the market’s increased and expected continued expansion, the mobile gaming jobs outlook for 2022 is strong. Video game recruiters feel game designers, engineers, and artists/animators who can focus and refine their skill set to improve the quality of mobile games will find their services in high demand around the world and have access to any number of remote video game jobs in the mobile sector.