The gaming sector has seen unprecedented growth in the last few years. One of the most significant changes is the incorporation of blockchain technology. Historically, the highly centralized gaming industry has been in the tight grasp of the game publishers, resulting in gamers worldwide having to pay out big dollars to play. However, that is starting to change in a big way due to blockchain technologies. Blockchain’s potential to revolutionize online financial transactions stretches far beyond the financial sector itself. This is primarily, if not mostly, due to the explosion in crypto’s acceptance as a legitimate currency option. As the industry is perpetually hungry for change, the gaming sector embraces the technology, and the gaming jobs outlook is reaping the rewards.

Blockchain technology has revolutionized the financial industry. Companies use the technology to solve problems, increase productivity and revenue while drastically reducing transaction times and fees. In its simplest form, blockchain technology allows people to send and receive payments in the form of cryptocurrencies. However, blockchain is much more than just a payment system. Blockchain allows people anywhere in the world to conduct transactions without going through banks. This avoids having to pay bank fees, and the transactions are completed in seconds instead of hours or days.

Blockchain technology offers several advantages to businesses such as increased speed, transparency, reach and cost reduction. Worldwide spending in the blockchain space is expected to surpass $15 billion by 2023. In 2009, bitcoin was the first decentralized cryptocurrency based on blockchain technology and reached a $65,000 value in April 2021. Then, according to the market-data firm Statista, in 2013 the total number of cryptocurrencies reached 33 and then skyrocketed to almost 6,000 in 2021. While Statista noted that most digital coins are relatively insignificant, the top 20 cryptocurrencies own approximately 90 percent of the total market share. 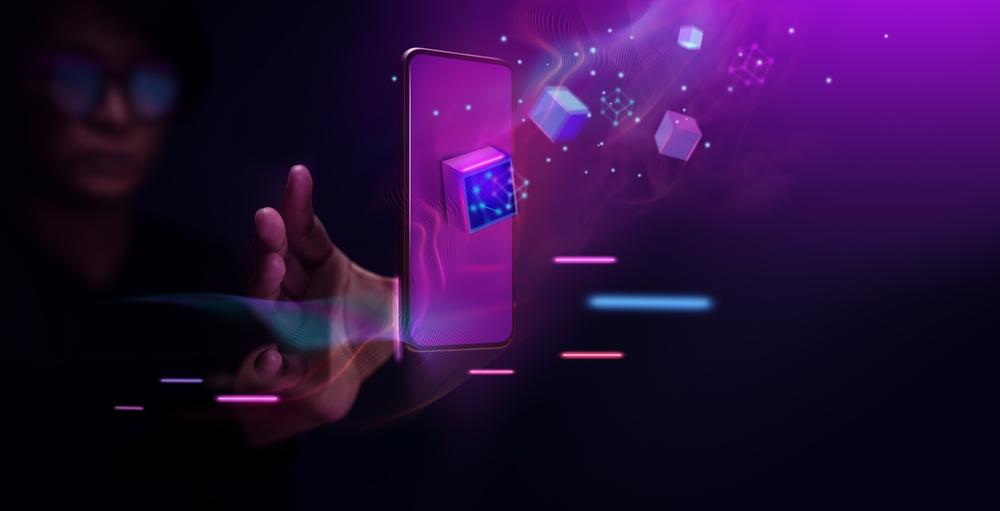 According to a report by job board Indeed, searches for jobs in crypto and blockchain have risen significantly in the past two years. Indeed’s research also found job postings for crypto and blockchain jobs increased 118 percent from July of 2020 to July of 2021. Video game recruiters point out that this would indicate that both jobs and job seekers in these sectors are simultaneously increasing. At the same time, job postings and queries for gaming jobs have also seen a significant increase.

Even though many people initially felt that it lacked any real worth or staying power, bitcoin quickly developed a staunch following among cryptographers and others who were impressed with the cryptocurrency’s immutable coding. Then in May of 2010, in what was largely considered the world’s first commercial bitcoin transaction, a Florida software developer agreed to pay 10,000 bitcoins to have two Papa John’s pizzas delivered. Later that same year, the same 10,000 bitcoins reached approximately $557 billion in value. As digital currency has become more accepted, the demand for professionals to work in the rapidly expanding crypto and blockchain fields continues to increase as demand for both grows.

The increased demand is credited, at least in part, to the rising amount of enterprises working with blockchain and cryptocurrencies. A survey of 600 executives conducted by video game recruiting companies in 2018 found that 84 have at least some level of involvement in the blockchain industry. Almost 40 percent of 488 senior-level executives from various companies had already implemented blockchain technologies into their products and services as of 2020. 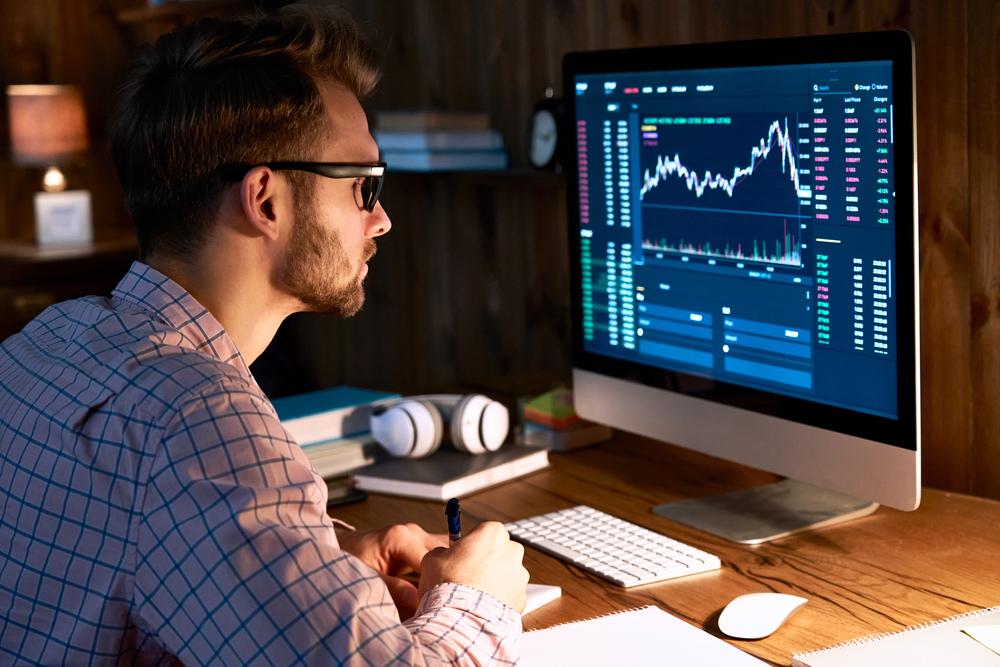 Blockchain technology is on everyone’s radar. Many established tech firms, such as Microsoft, Facebook, and IBM, have embraced the technology and conceived initiatives specifically geared to the technology. Many programmers see cryptocurrency as being at the intersection of the blockchain and gaming industries due to the addition of NFT, or non-fungible tokens. NFTs are already being used in numerous games as in-game rewards to increase player interest and retention. The trend is only expected to increase. A shortage of skilled developers has helped inflate the salaries of blockchain programmers in all sectors embracing the technology.

While there are always many naysayers over new and emerging technologies, incorporating NFTs into gaming platforms is inevitable. Non-fungible tokens are a form of digital currency held on a blockchain that tracks ownership of an asset, such as a prize won in a game. Prizes can be cash or rare collectible items and virtually anything in between. One example is the William Grant and Son Distillery recently selling bottles of 46-year-old Glenfiddich whiskey and an NFT used to prove each bottle’s authenticity.

NFTs are one of the hottest trends in 2022 that will be hard for game publishers and developers to ignore. As more major publishers, like Square Enix, Epic and Capcom, get in on the act, it will mean a boom of new gaming jobs. OneTo11 CTO Tirath Chand Sharma said their company is leveraging blockchain technology to disrupt the gaming industry by enhancing the gaming experience and providing new streams of earning to users.

Studies have shown the gaming industry is growing in this direction. Given there has also been an increase in crypto job postings for trading various digital currencies, it is clear the market is seeing a legitimate expansion. If this comes to fruition, there will be an almost certain surge in gaming jobs related to the blockchain and gaming coalescence. As they seek to venture into the world of cryptocurrencies, gaming publishers will require programmers who are skilled at integrating the technology into their gaming applications. Additionally, there are a number of hard data points to show a growing demand and increased salaries for blockchain developers. 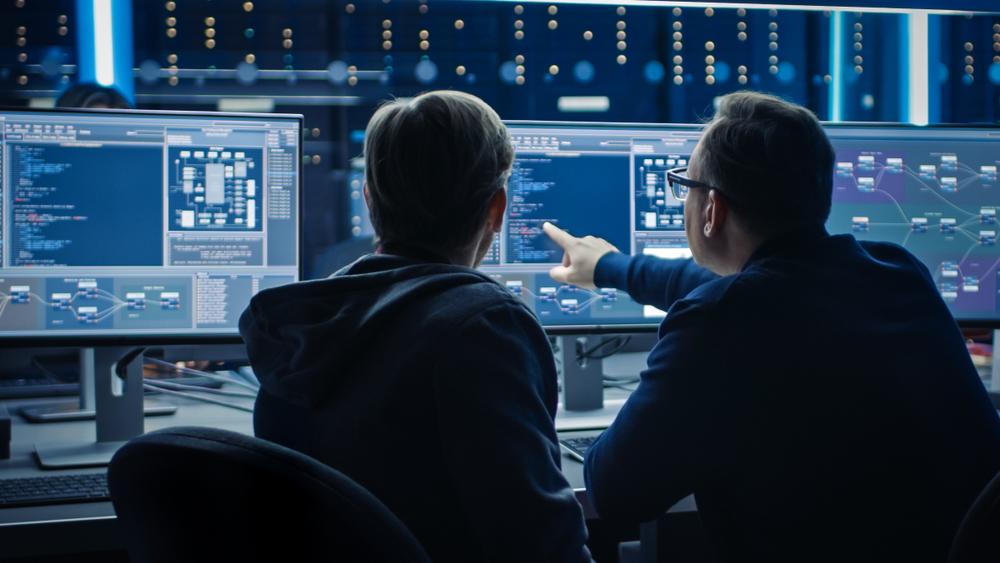 Online job-review site Glassdoor found demand for all blockchain-related jobs increased over three times in 2021, with New York City accounting for the most job openings with San Francisco, San Jose, Chicago and Seattle following close behind. While most of these jobs are in-office positions, remote gaming jobs are gaining fast. Freelancer site Upwork reported demand for blockchain jobs increased 35 times in less than one year. Indeed reported that its research shows software-development positions are becoming more remote at around 30 percent of the total job market. Still, remote gaming jobs in crypto and blockchain-focused software development jobs reached nearly 45 percent. Indeed also pointed out that one of the many benefits of blockchain applications, and especially cryptocurrencies, is the technology is decentralized so it is borderless and that makes it very suited to remote work. This will help employers find skilled developers anywhere in the world while making it easier for job seekers to land well-paying positions. Video game recruiting companies will be invaluable in helping to find new talent.

Perhaps the decentralized aspect of blockchain technology is what makes it so attractive. The decentralization means that, unlike traditional financial institutions such as banks, no single entity has control over the system and all transactions are confirmed by the online community. This improves transparency, speed, security and makes it so no one is accountable to a centralized banking system. The fact that blockchain technology is not dependent on the standard banking system gives it the potential to be applied to virtually any industry. Many video game recruiters believe this will be a boon to career prospects in those industries that embrace technology. As an entirely new breed of “Play-to-Earn” games based on blockchain technology threatens to revolutionize the gaming sector completely, publishers will be clamoring for a new breed of developers to create and implement the new platforms. Video game recruiters will hunt for candidates to fill these new and highly specialized positions.